Beefing Up Without Meat – How Going Vegan Changed My Life 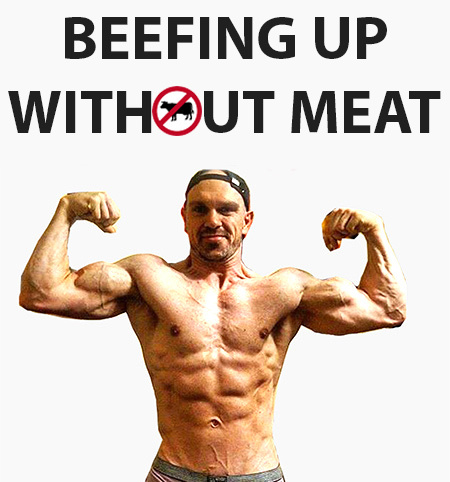 It’s been a while now since I blogged about nutrition. Honestly, the past 14 months was quite a ride since I switched from eating meat and dairy to a plant-based (vegan ) diet.

Yes. Although, I prefer the term “Plant-based”.

How Going Vegan Changed My Life – Why did I stop eating meat?

In June 2017, I was sitting at home on my laptop when I came across a documentary on Youtube called Earthlings. I wasn’t sure what It was about but I watched it anyway.

About 30 minutes into it I was exposed to the suffering and slaughtering of animals in factory farms.

I asked myself whether this was how most animals are treated in factory farms all over the world or if this was just a compilation of worst scenes.

After a bit more research I found hundreds of videos showing animals been kicked around and horribly abused by farmers and factory workers.

Anybody who has seen the Earthlings documentary or who work in factory farms know that animals shouldn’t have to suffer this way.

In fact, we don’t need to be eating animals at all. It’s just that we are been culturally conditioned by society to see animals as food.

When we were children we were raised to eat meat and dairy products without questioning where our food came from and how it was manufactured.

Those who eat meat think that it’s completely normal.

…but if slaughterhouses had glass walls, everyone would be a vegetarian. – Paul McCartney

The truth is we can all live perfectly healthy lives without killing animals for food. I completely agree because I have never felt better since I made the transition to vegan.

Meat eaters can say whatever they want but they will never know the truth until they know what goes on inside slaughterhouses and make the decision to switch to a vegan diet for at least 30 days.

I watched a few other documentaries on animal cruelty and health and the ones that convinced me of the truth were “What the Health” and “Cowspircy”.

Both films are well-researched and shocking that made me think twice about ever putting a slice of bacon or a glass of milk near my mouth again.

My Life as a Meat Eater

I spent my entire life eating animal-based foods without giving much thought to where the meat I ate came from. I was an avid meat-eater, and like a lot of bodybuilders, I ate 4-6 meals every 2-3 hours a day.

I didn’t know any different, all I knew was that I needed at least 200 grams of protein a day to build quality muscle mass.

In my 37 years, I never gave much thought to where my meat came from, I was like a lot of people unaware and just eat meat and drank lots of milk from the glass without having the faintest idea of the exact process that animals have to go through so that we can eat.

Here’s what I ate on a typical day before going Vegan.

An Omelette (2 whole eggs, 4 egg whites, half cup tomatoes, lettuce, or spinach), 1/2 cup of porridge oats, and a cup of coffee and a glass of water.

I loved eating chicken fillets, eggs, steak, and whey protein to fuel my hard-earned muscles after an intense workout at the gym.

I was so dependant on it that I would never have imagined living without it especially since it was my goal to build a lean muscular physique I was proud of.

In June 2017 I made a commitment to do a 30-day challenge where I wouldn’t eat any animal products.

I’ll admit that the first 2 months of eating a plant-based diet felt like hell for me.

It has been over a year now, 14 months to be exact when I decided I would not eat meat.

After all the research I gathered and the amazing stories I’ve heard of a vegan diet, I decided I’d give it a try for 30 days. It wasn’t easy for the first 3 weeks. I imagined I have to eat like a rabbit and I’d lose all my muscle mass and lose strength.

Instead of getting some vegan recipes online or asking other vegans for advice, I found myself feeding off of the likes of Linda Mccartney sausages, Vegan Sandwiches from Sainsbury’s and Tesco along with fruits, vegetables and nuts. It was completely out of my comfort zone but I kept it up anyway.

After 30 days into eating this way, I felt better than I’ve felt in the past so I decided to keep it up for another 30 days. Fast forward 14 months later, I’m still on a plant-based diet and I have very few sick days, I have more energy, I sleep better, I have clearer skin (I used to get acne on my face and back, not anymore!)

For those of you who think you can’t build muscle on a vegan diet or think that it’s not sustainable, then think again! There are plenty of Men and Women who are getting amazing gains eating a Plant-based Vegan Diet, myself included! Go to google and type in Vegan Bodybuilders and Vegan Athletes and you will see for yourself.

Take for example Nimai Delgado. The lad has a killer physique that most meat-eaters would love to have. He has never eaten meat in his life. 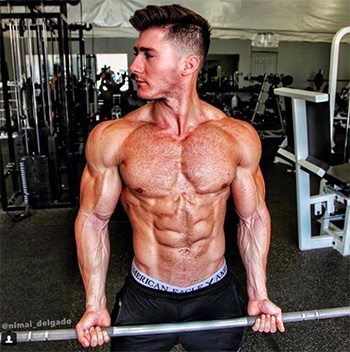 I’m also still pumping iron at the gym and getting all kinds of gains on a vegan diet.

Everybody has a choice to eat whatever they want. I have friends who eat meat in front of me and I have no problem with that, I don’t go around judging meat-eaters as some vegans do. It’s their life. But hopefully, I’d like to inspire as many people as possible to try a plant-based vegan diet for at least 30 days. Try it and see how you feel.

Don’t worry, if you eat enough of the right plant-based foods daily, you won’t be protein deficient.

The meat and dairy industry along with fitness experts, your family and all your friends will say you need to eat meat in order to get all the nutrients your body needs for survival.

As a former meat-eater, I can now say that is complete bullshit.

You do not need to eat animal protein or drink milk or whey protein shakes. A much healthier source of protein comes from plants.

Animal protein is linked with a host of diseases such as cancer, diabetes, heart disease, osteoporosis, and kidney disease. There is plenty of evidence online to prove that this is true.

There are also many protein myths that need to be debunked.  Protein deficiency as a vegan is just one of them. Read this document published by vegan nutritionist Amanda Woodvine.

So where do I get my protein from?

When I switched to a vegan diet I was very skeptical about where I was going to get my protein from and I thought It was going to be near impossible to get enough protein to continue to build muscle. You will hear people say that Vegan’s can’t gain as much muscle as meat-eaters can’t. I doubt that’s true at all.

There is plenty of protein in Vegetables, fruits, legumes, and grains if you eat enough of them every day.

When you eat meat where do you think those amino acids come from? They come from plants that animals eat before they are killed.

When you eat protein, you chew it, and when it’s broken down into tiny amino acids. So by the time the protein gets from your stomach through the wall of your intestinal wall into your bloodstream, it’s the same amino acids.

Your body doesn’t know whether your protein came from brown rice or chicken because they are the same building blocks.

There is no difference. Accept with plants your body is getting the alkaline minerals as well as the finest nutrients that you do not get from eating animal products.

I am so glad I made the switch to choose a plant-based vegan diet over an animal-based diet. My health and fitness levels have skyrocketed and I will continue to thrive as long as I stick to this lifestyle.

Veganism is a growing movement around the world and it will continue to grow. People are finally waking up and are realizing the health benefits of eating a vegan diet versus eating meat and dairy.

I hope you enjoyed reading this article and learned a lot from it. If you have been thinking about trying a vegan diet, then check out this fantastic Vegan Starter Kit.

It’s the perfect package for anyone wanting to transition or stick to a vegan diet for good.

You can check it out here to find out more (it wouldn’t all fit in this one email!): Click Here For More Information

I hope you’re as excited about this as I am. It’s a foolproof way and covers everything you need to know and do.

I’ve Been Gaining Weight Lately, Could You Please Help?

How Fast Foods Are Causing Obesity In Ireland