The following 20 plant based bodybuilders (vegans) prove that you don’t need animal products to build muscle. Prepare to be inspired by these plant powered athletes.

Strongman Patrik Baboumian is a German who has switched to a vegan diet in 2011, after been previously vegetarian. Even though he has won several strongman world records as a vegetarian, In September 2015 he beat his own world record by completing the yoke walk with 560 kg in Kitzchen, Germany. In terms of becoming a Vegan, Patrick explains, “I got heavier, I got stronger, I won the European championship title in powerlifting, I broke three world records so everything was going perfect … my blood pressure went down, and my recovery time was so much faster so I could train more.” 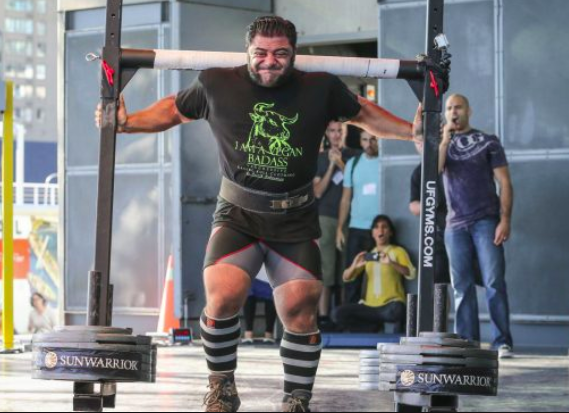 Niami is a professional mens physique bodybuilder and has become one of the most popular guys in the vegan fitness community. He is completely shredded even though he has never eaten meat in his life. Niami switched from vegetarian to full-vegan since 2015 and has been thriving ever since. He’s won several overalls so far in the INBA and NPC leagues. 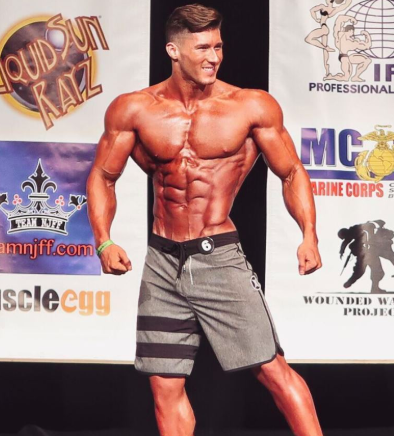 Torre has been a vegan for over 2 decades now. When he was asked in an interview, he said, “if there’s a disadvantage between vegans and meat-eaters, there’s no difference since muscle is built based upon your training regimen. “If anything, I am at an advantage being vegan, since plants expedite the recovery and recuperation”. 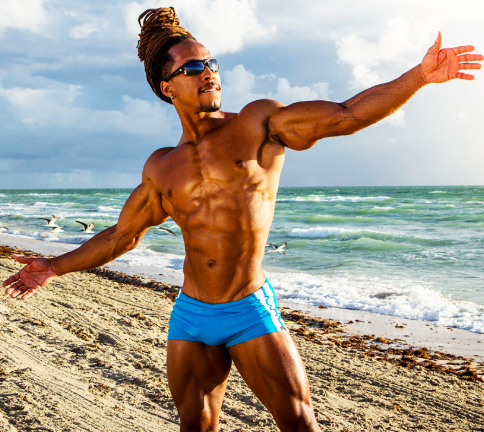 Jehina lives and breaths bodybuilding from the time she was a kid. She has also been the longest running IFBB Pro Vegan athlete. Now Jehina is giving back to the community to help other people achieve the body of their dreams.

Erin was named Women’s Physique Pro by the Organization of Competitive Bodybuilders. She couldn’t contain her enthusiasm on Facebook, exclaiming, “A vegan pro, how about that?! I MADE HISTORY AGAIN FOR THE ANIMALS!” 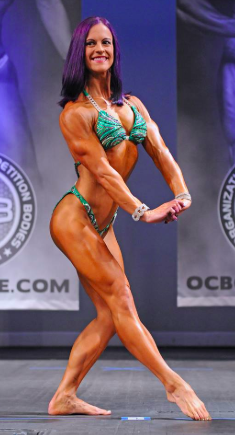 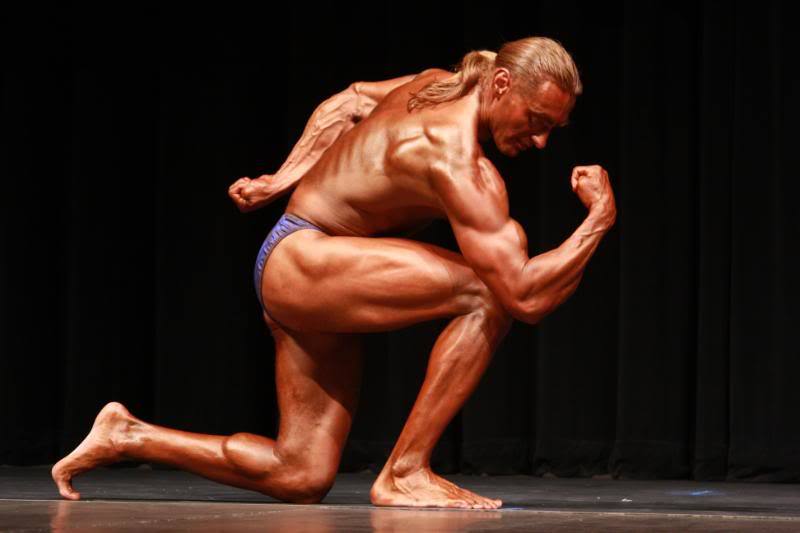 Joe ‘Monk’ Coleman is a bodybuilder who started competing in his 40s and went on to win the IFB and INBF Pro Card in 2016. After winning the contest he said , “I first became vegetarian 4 years ago. then after learning the horrors of egg and milk processes I became vegan 2 years ago”. 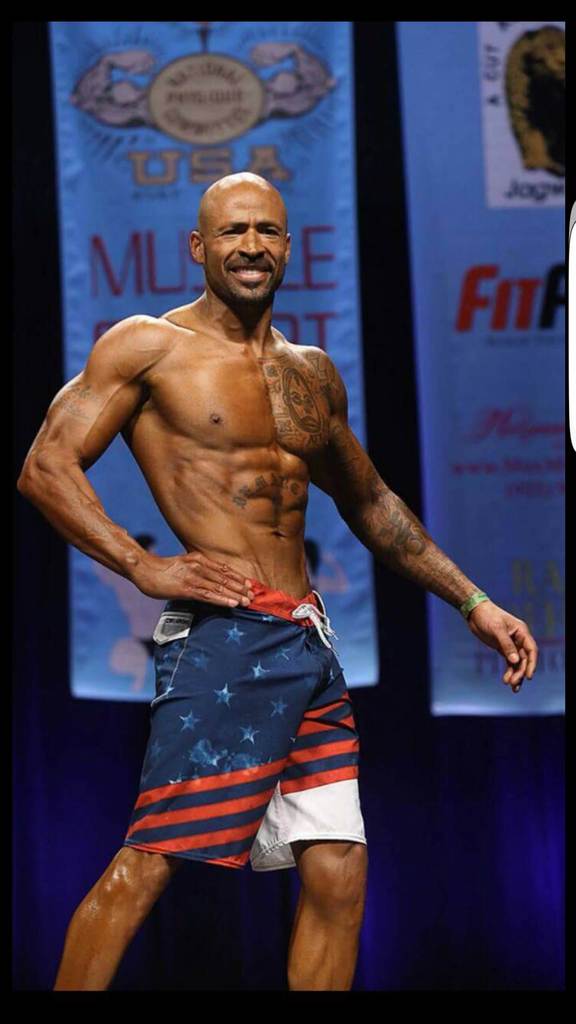 Derek Tresize is a professional bodybuilder and has made the switch to a vegan diet in 2017. Derek said “When I first made the transition it was for health reasons and I planned to have animal products occasionally as a treat, but a few instances of them making me sick, plus learning more about their ethical and environmental impacts quickly made me realize I wanted no part of them”, Derek explains. Reading the China Study also played a part in the decision to go vegan. “I had heard red meat was unhealthy for years, but never a solid scientific argument for avoiding it and therefore assumed it was beneficial. When I was first presented with and read The China Study my eyes were opened to the multifaceted negative health impacts animal products have on us”, says Derek. 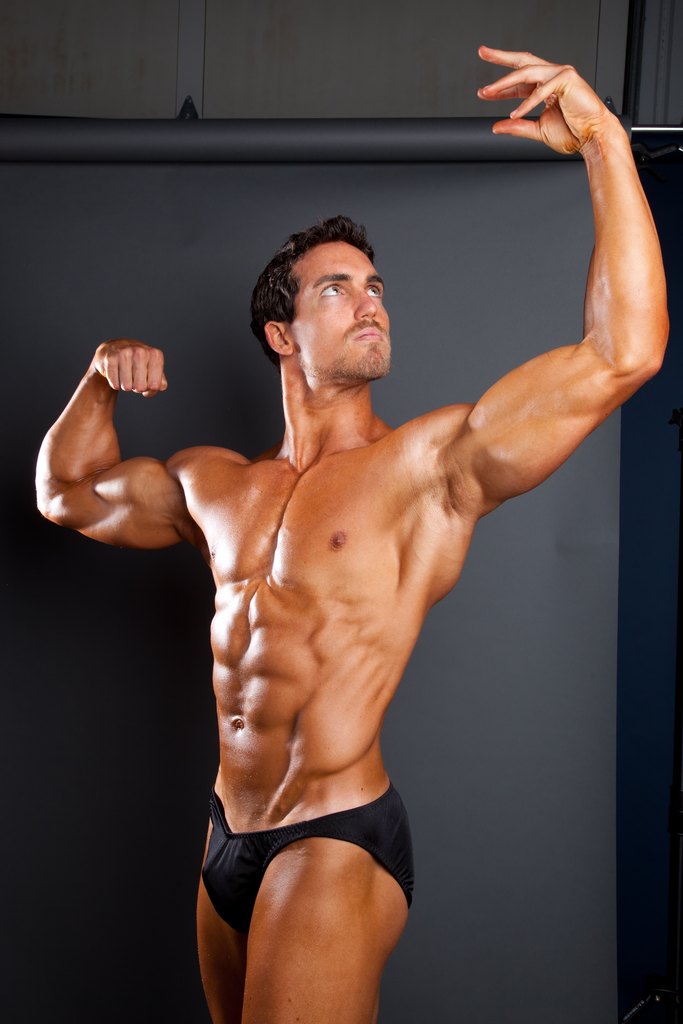 In 2015 he competed in the New Zealand Natural Bodybuilding competition and took first place in the over 60 category.

Dusan said, “I turned from a meat-eater to a vegan overnight and after only two weeks all my problems disappeared – and I was able to sleep better, calmed down, stopped snoring and my overall health improved rapidly. I haven’t had any health problems since.” 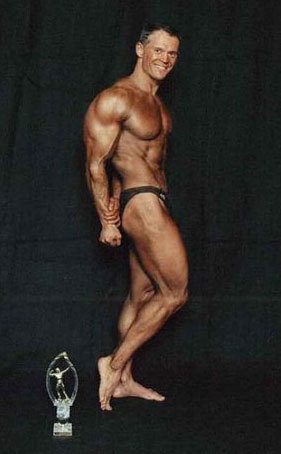 Greg Moormann has made an impressive impact on his sport of Natural Bodybuilding with numerous podium finishes in Masters categories.

He is a Pro card holder with both the NGA and ANBF associations, which are only awarded after having reached elite standard.

For many years Greg was satisfied with his diet and had not seriously considered veganism. This all changed in the Summer of 2003 when he was influenced by an existing vegan. “I was dating a vegan that was a few years older than me and she was the healthiest and most beautiful human that I had ever known. This made me very curious. She never pushed her choices on me but she did ask me to read The China Study and to watch Forks Over Knives. I did so and I had thought previously that I was eating super healthy. I found out I had no option but to switch to a vegan diet. I have thrived on plant based foods and am leaner and more muscular than ever before.” 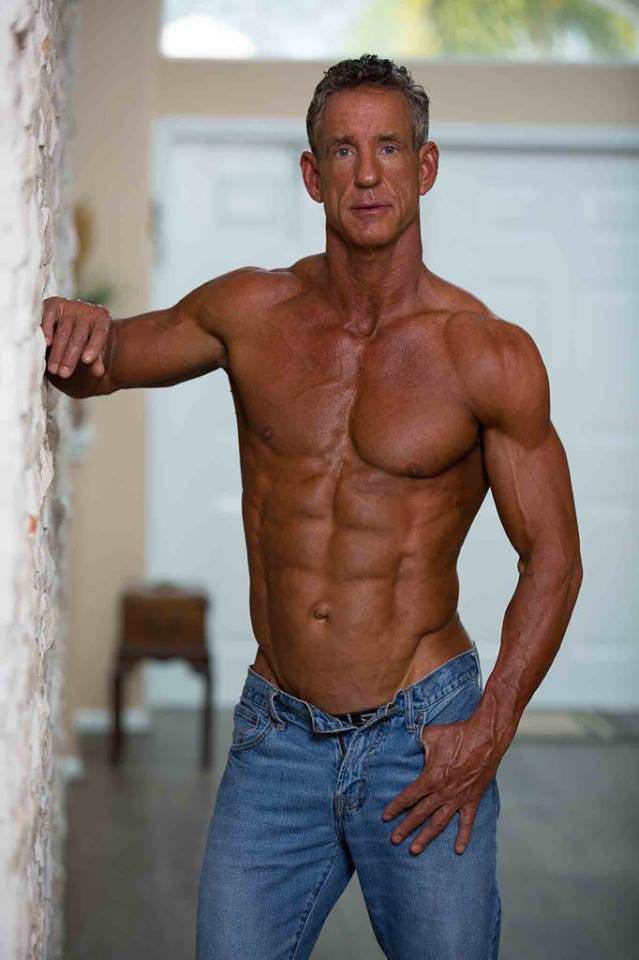 Jim Morris was a bodybuilder who has had an amazing career well into his older years. In the picture below he is aged 61.

In 2011 after 11 years as a vegan, Jim said he made the transition from meat eater to vegan. When he started competing he was aware that the traditional bodybuilding diet of animal protein had consequences for health, but he was eager to compete and win, so continued with it. “It was only after I retired from competition in 1985 that I started considering my health and eliminated what I had over the years identified as the cause of my digestive, respiratory and joint problems, namely all animal sources,(beef, fowl, dairy, pork and fish). I continued having fish on rare occasions as my “treat“.“ 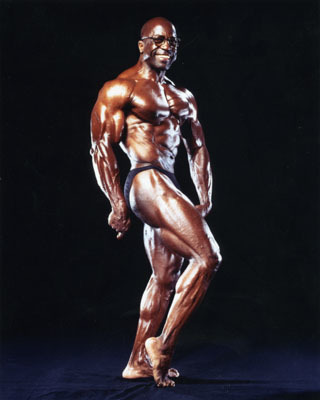 Australian Joel Kirkilis is a vegan bodybuilder who became the Victoria (Aus) bodybuilding champion in 2009. In 2010 he entered the INBA Melbourne Open and the Victoria Class 2 competition, and finished second in each. “Joel says, “I went vegan because I don’t think it is right to exploit animals in any way for my benefit” says Joel. “I have discovered so many other foods which are very nutritious and tasty and have helped me not only feel good but also enhance my athletic ability. I have eaten animal products in the past but ever since I cut them out of my diet I have felt more energetic and also feel better morally.” 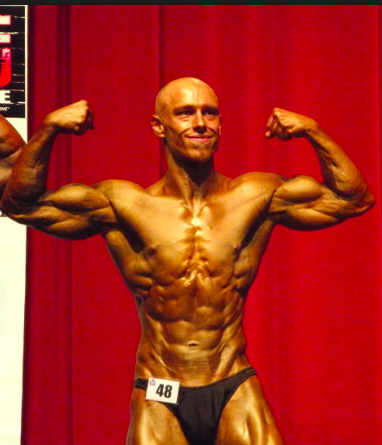 Julia has been a prolific competitor in a variety of sports, competing internationally in bobsleigh, bodybuilding, fitness and sprinting. Julia moved from being a long term vegetarian to a full vegan diet in July 2015 aged 39. Julia says, “I went as part of a school debate team to the ‘Green Show’ when I was 15 and was first exposed to the animal cruelty in animal farming, so I decided to go vegetarian” she explained to Great Vegan Athletes in 2017. “I had thought about going vegan many times but always thought it would be too difficult as an athlete and with travelling a lot. The turning point was my health. I started having digestion issues and for a year the doctors just treated the symptoms and labelled it as IBS and I was getting no better”. 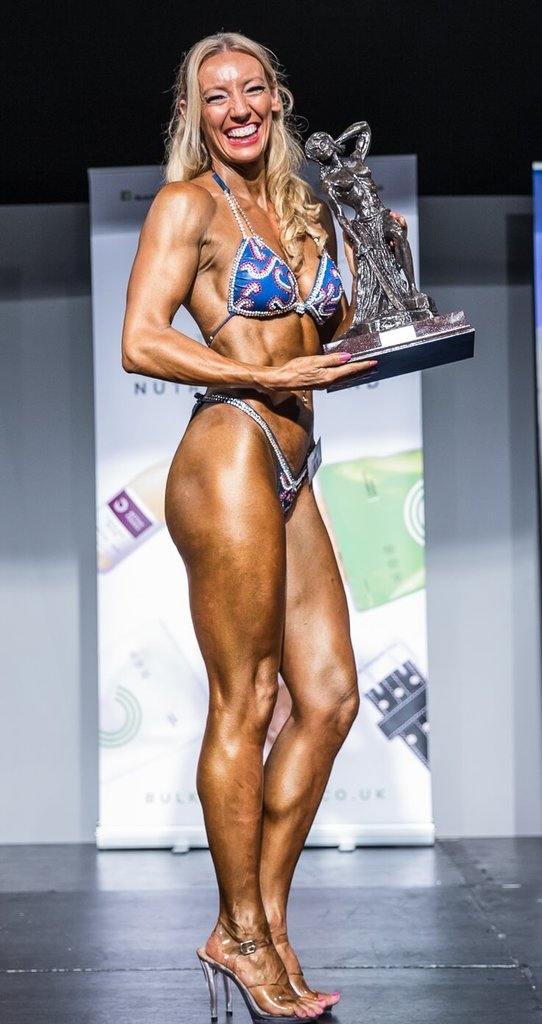 Professional bodybuilder Natalie Matthews placed 1st in Novice Bikini – Placed 2nd in Open Bikini – And Novice Overall Champion! Natalie reveals she is in the best shape of her life thanks to her plant-based diet. 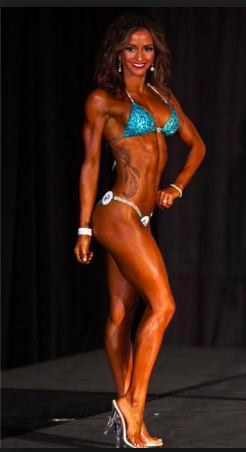 Natural Bodybuilder SuzAnne Llano started training seriously in 2009. Since then she’s entered over twenty competitions, taking wins and podium places. The elite accolade of a Pro Card is something she’s been awarded in three federations: the NGA, ANBF and NFF.

SuzAnna says “My proudest moments as a competitor have all come while being vegan” she says “winning my Pro Cards in ANBF, NGA, and NFF. Also winning my NPC Bikini debut at Orlando Europa. I am also proud of earning 6 ISSA certifications and the elite title of Master Trainer.”

Bodybuilder Victoria Lissack swiched to a vegan diet in January 2016. Victoria says. “Although I’ve been training for a fairly long time I came to the sport of bodybuilding relatively late. 2019 will be my first season competing in this class and I can’t wait to see how I get on.” 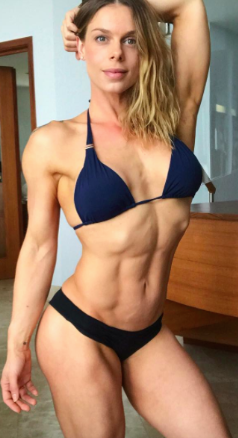 Alex shot to fame in December 2005 when he won the World Champion Fitness title with WFF (World Fitness Federation). Five years before this he had become vegan in response to the cruelty of the animal food industries. 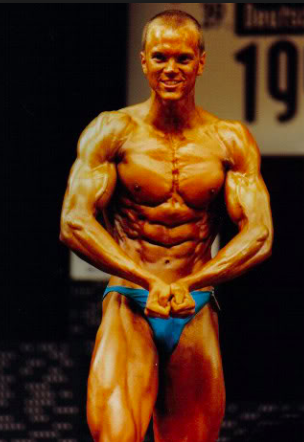 Amanda placed first in the 2011 Natural North America Bodybuilding and Fitness Championships after she turned full vegan in 2009. She claims she has never felt better in her life! 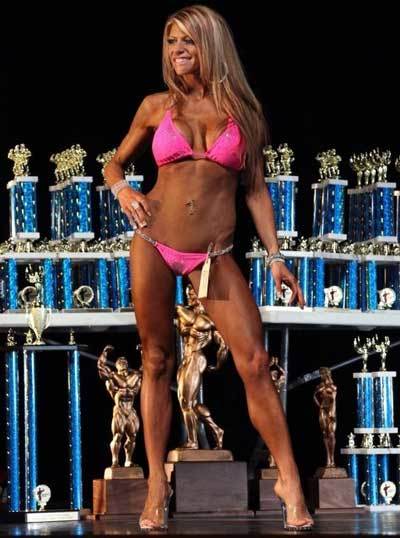 Billy Simmonds is an Australian Profession Natural Bodybuilder. He is the winner of the 2009 Mr. Universe Title.

“Vegan Bodybuilding is not only possible, its optimal,” he says, “within three years from first lifting weights properly and walking on a Bodybuilding stage as a novice, I had won Mr. Universe and become a Pro Bodybuilder. Steroids? Meat? Not a chance.” 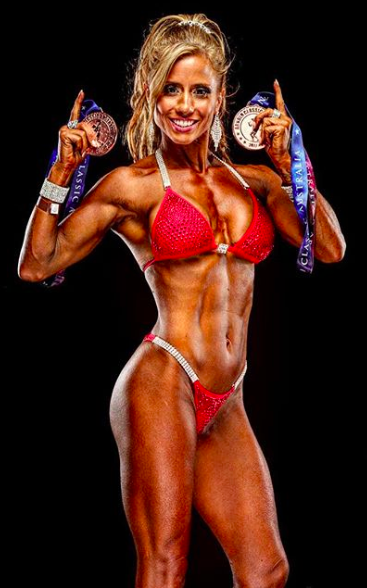 It goes without saying, these plant based bodybuilders don’t have to worry about protein deficiency, muscle loss, or general ill health. A well balanced plant based diet provides plenty lots of protein – even enough to maintain a muscular physique of a bodybuilder. These 20 bodybuilders is just a few of countless plant powered bodybuilders who are thriving and doing great things in the fitness game.

If you liked this blog post then I would appreciate if you shared it on your preferred social media network, by clicking on the social media buttons on this page. 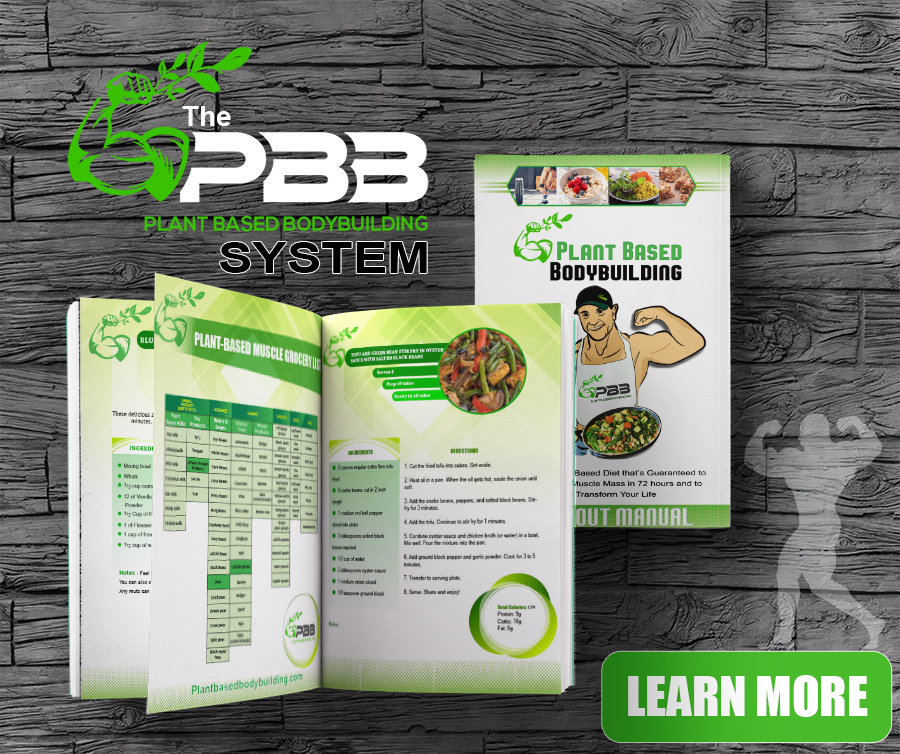 Best Workout For Building Muscle Mass When Your Short On Time